Find out how to make an easy summer homemade deodorant without beeswax. 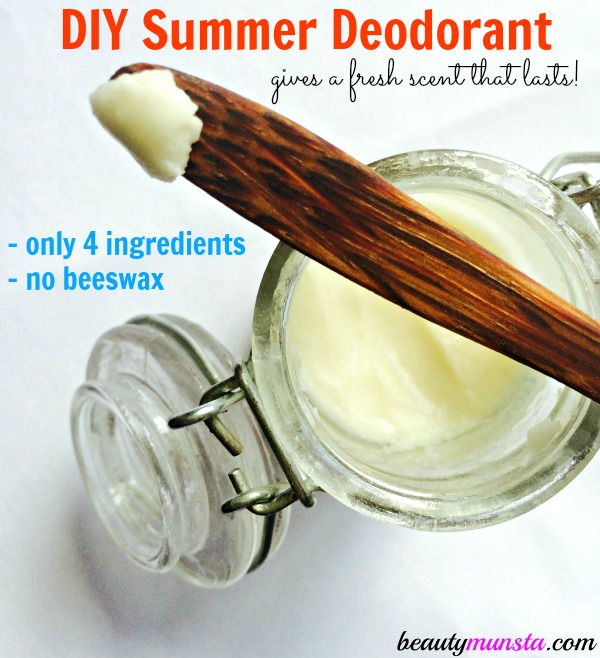 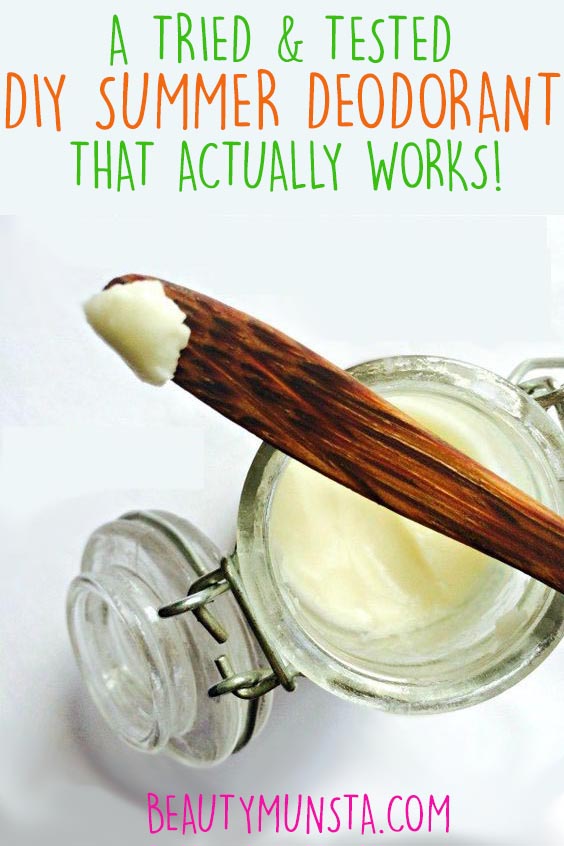 What Each Ingredient Does

✾ Coconut oil– Anti-inflammatory, moisturizes skin, prevents skin irritation & rashes. It also keeps the deodorant a nice creamy but solid consistency as you can see in the picture.

✾ Lemon eucalyptus essential oil – This essential oil smells like a milder version of citronella – wait, don’t get repelled (no pun intended lol)! The scent is not as strong and overpowering as citronella and you can definitely detect the sweet eucalyptus scent with a hint of lemon. It smells refreshing and cools your skin. Lemon eucalyptus gives this deodorant a refreshing and neutral scent for both men and women. Did you know that the scent of lemon eucalyptus is also a POWERFUL bug repellant?! While you’re being healthy and smelling fresh, why not keep away those pesky mosquitoes as well! If you use this essential oil for a summer deodorant you’ll be tackling so many issues at a go!

♥ Will you try out this homemade deodorant without beeswax? Please leave a comment down below! ♥

If you love making your own deodorants at home, don’t miss: