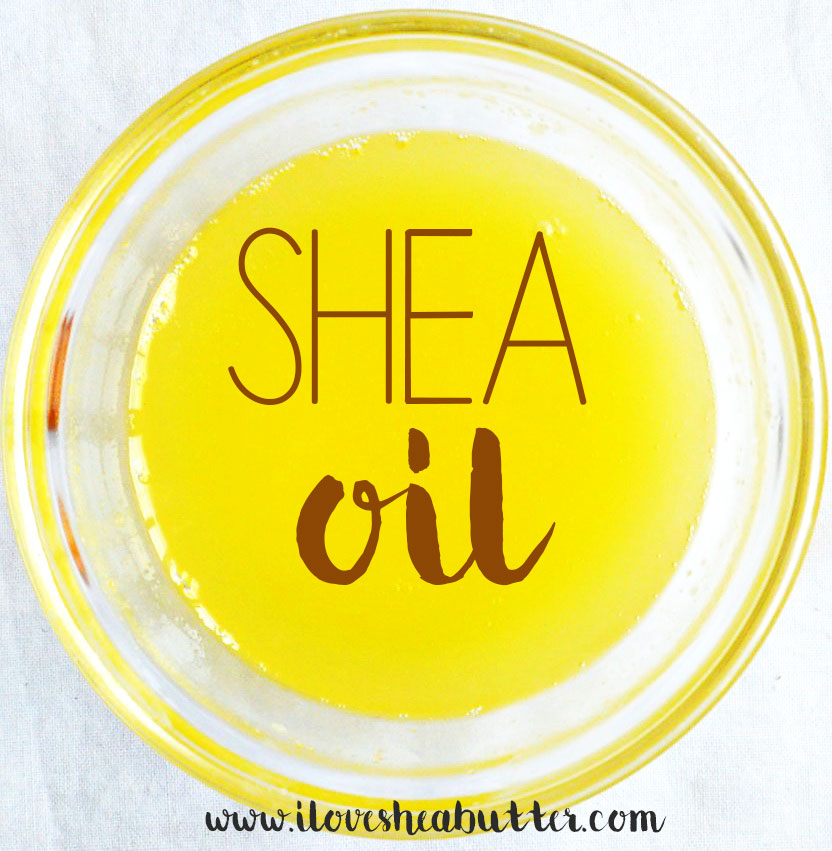 What is shea oil? You’ve heard of shea butter – but have you heard of shea oil? Shea butter and shea oil both come from the same source, the nuts of the African Karite tree, also known as the shea tree. But unlike shea butter which is much more readily available and more popular, shea oil is much rarer and usually, can only be bought from wholesalers. What makes shea butter different from shea oil? And which of the two is better? We shall find out below.

The shea seed or nut, from which shea butter is extracted, also contains a less known component – shea oil (where to get it). The shea oil component actually varies from nut to nut, and those nuts with a higher percentage of shea oil are more valuable in the cosmetic manufacturing industry.

The Extraction Process of Shea Oil

The traditional extraction of shea butter is a highly labor intensive method, where by the nuts are first dried to halt germination and are then shelled to remove the hard extra cover.

The shelled nuts are then crushed and roasted in large pots over open fires with frequent stirring to prevent the butter from burning. This roasting process gives raw shea butter a characteristic smoky aroma.

The roasted nuts are then ground to a smooth paste and water is added and mixed by hand. As more water is added and the paste is kneaded by hand, a separation of the oil matter from the more solid butter will occur. The fractionated shea oil is collected from here while the rest of the butter will go through a further boiling process to remove excess moisture and will then be collected and made into balls.

Shea oil, is therefore a by-product of shea butter, and is much more labor intensive and therefore harder to come by.

The Texture of Shea Oil

The most important difference between shea butter and shea oil is the texture. While shea butter is solid at room temperature and has a denser creamier texture, shea oil is in liquid form and has a thick oily texture.

The Color of Shea Oil

Shea oil has a wonderful deep golden color and has a flat yet characteristic odor, although the refined oil may be deodorized to make it odorless.

The Nutrients in Shea Oil

Both shea butter and shea oil have similar nutrients as they come from the same source. We cannot say one is better than the other in the form of nutrient composition.

Shea oil is composed of essential fatty acids such as:

The Benefits of Shea Oil

Shea oil has much of the same benefits of shea butter such as:

→ Strengthens hair: Shea oil can be blended with a lighter oil such as olive oil for a hair-straightening treatment.

→ Heals skin: Shea oil can be used for a variety of skin ailments such as rosacea, psoriasis and eczema as it has anti-inflammatory compounds and healing properties such as humectant properties and soothing properties.

→ Non-comedogenic: Like shea butter, shea oil is non-comedogenic, meaning it will not clog your skin and can therefore be used on acne-prone skin.

The Uses of Shea Oil

The oily, liquid texture of shea oil gives it the ability to be used in different ways than shea butter. Being liquid, shea oil is easier to apply on the skin, leaving it feeling smooth and supple.

Shea oil can also be used just like other oils, for example, as a:

In the cosmetics industry, shea oil is used as a premium product for cosmetics and self-care products with a thinner consistency.

However, due to its waxy, natural latex composition, shea butter has a better capability to lock and seal in moisture in the skin as compared to shea oil.

Where to Get Shea Oil

Always ensure to buy 100% pure all natural shea oil without any other additives. You can get this one from Plant Guru: