Castor oil is being promoted as a natural hair growth remedy but how does it actually work? What does castor oil do for hair? Find out how you can use castor oil to get healthy hair fast. 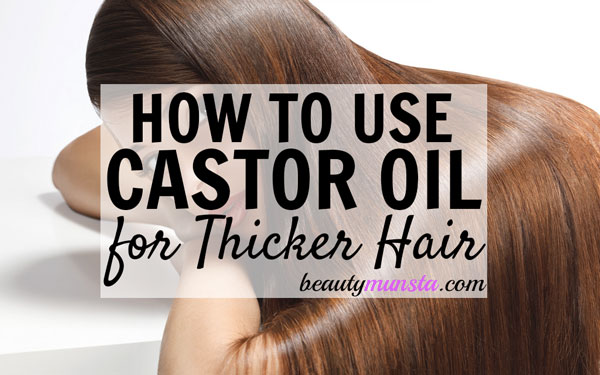 What is Castor Oil?

Castor oil (where to get it) is a nutritious vegetable oil obtained by pressing the seeds of the Castor plant, Ricinus communis. It has a distinct odor that has a notable scent when ingested. Its consistency is thick and it has a dense oil feel.

The Properties of Castor Oil

Castor oil is rich in a variety of fatty acid compounds, which give it many benefits for healthy hair, skin and more. Some of the main compounds found in castor oil are:

The Benefits of Castor Oil

Castor oil is an age-old beauty secret that has been utilized since ancient times. It has been long recognized for its healing properties that help promote healthy hair and skin. Apart from its beauty benefits castor oil has also been used in other areas of life. Let’s take a look at some of the benefits of this versatile oil below:

Where to Get Castor Oil

Ensure to get 100% pure high quality castor oil and avoid the synthetic versions. A good castor oil is this unrefined, organic and hexane-free castor oil from Sky Organics.

What Does Castor Oil Do for Hair

► Works for Men, Too : Even men can use castor oil to reduce hair fall, reverse hair loss and treat balding.

► Thicker Beard : Men with a thin or uneven beard can use castor oil to promote a thick, healthy-looking beard.

How to Use Castor Oil for Hair

→ Hot oil massage : Hot oil massages have huge success rates in the hair growth community because the heated oil penetrates much deeper into the hair shafts and follicles compared to cool, unheated oil. Simply heat castor oil and apply it using your fingers onto the scalp. Begin massaging your scalp with your finger tips until the oil is applied evenly all over the scalp. Allow the oil to rest for 15 minutes to an hour before washing off with a gentle shampoo.

→ Combine with other hair growth oils : As castor oil is so thick, combining it with other lighter oils such as rosehip oil or jojoba oil can make it easier to apply. You can also take your hair growth efforts a step further by using other oils that are good for hair growth such as coconut oil.

→ Castor oil serum : Make a quick yet potent serum using castor oil. Simply mix 1/2 cup of castor oil with 1/2 cup of grapeseed oil. Now add in 20 drops of cedarwood essential oil and 20 drops of lemon eucalyptus essential oil. Use 3 – 4 times a week for best results. Leave the serum on overnight and shower the next morning. This will guarantee faster hair growth within weeks. Store in a 4 oz amber glass dropper bottle.